5 books about libraries and librarians for World Book Day

We love World Book Day at Lean Library – it’s the perfect day to celebrate all of the dedicated librarians around the world and to thank them for their vital work in amplifying and promoting a love of reading in children and adults alike. The booklovers at Lean Library thought it was the perfect opportunity to recognise the value of librarians in shaping a new generation of readers by sharing five fantastic reads about libraries and librarians. 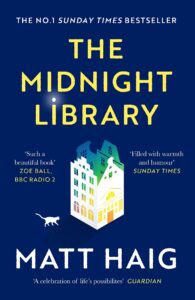 The Midnight Library by Matt Haig

In The Midnight Library, Nora Seed finds herself faced with a decision – the possibility of changing her life for a new one, following her dream career, undoing old breakups, and decide what is truly fulfilling in her life. In the space between life and death there is a library, and within that library, the shelves go on forever, each book revealing a chance to try another life you could have lived. The library is managed by Nora’s beloved childhood mentor and high school librarian, Mrs Elm. The story is about recognising the possibilities of your life, but also about letting go of the regrets, and each decision is guided by Nora’s high school librarian, who is presented as a supportive and influential presence in Nora’s life. The librarian has a lasting impact on Nora, and changes her life, just as librarians change lives every day. 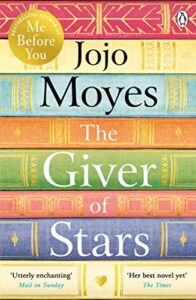 The Giver of Stars by Jojo Moyes

The Giver of Stars is set in Depression-era America, and is a story of five extraordinary women and their remarkable journey through the mountains of Kentucky. Alice Wright moves to America from England when she marries, attempting to escape her stifling life. But small-town Kentucky proves to be equally claustrophobic, so when a team of women invite her to start delivering books as part of a new travelling library, Alice signs up. Based on a true story, The Giver of Stars is a warm and rewarding novel of friendship, true love, and the power of sharing reading and education. 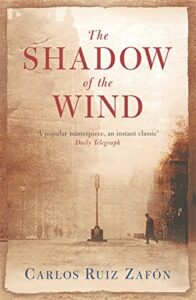 The Shadow of the Wind by Carlos Ruiz Zafon

Hidden in the heart of the old city of Barcelona is a labyrinthine library of forgotten titles that have long gone out of print, known as the ‘Cemetery of Lost Books’. A man brings his 10-year-old son Daniel to the library and allows him to take home one book – he chooses The Shadow of the Wind by Julian Carax. As Daniel grows up, several people also seem curious about this book, and an unwitting Daniel realises he’s began a literary manhunt throughout Barcelona. This modern classic is mesmerising, spellbinding and one to be read again and again. 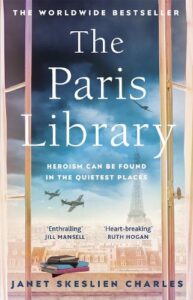 For fans of historical fiction, The Paris Library is based on the true World War II story of the heroic librarians at The American Library in Paris. Young Parisian Odile has just landed her dream job working at the American Library. She’s surrounded by a flourishing community of students, writers, and booklovers. Everything changes with German occupation and the arrival of the Nazis – choices are no longer black and white. Moving between Paris, 1939 and Montana, 1983, this book explores family, friendship, romance, and how the power of literature brings us together. 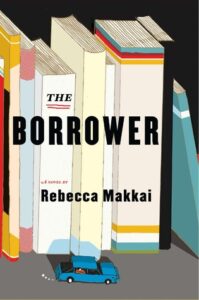 The Borrower by Rebecca Makkai

Finally, this is a heart-warming tale about how librarians can support young readers by providing them with books they wouldn’t have been able to otherwise access. Lucy is a young children’s librarian in Missouri, and smuggles books for one of her favourite patrons, 10-year-old Ian, when his mother enrols him in anti-gay classes. One day Lucy finds Ian with a backpack and an escape plan, and a spontaneous adventure ensues. The Borrower highlights the importance of librarians in building a welcoming, safe community for their patrons.